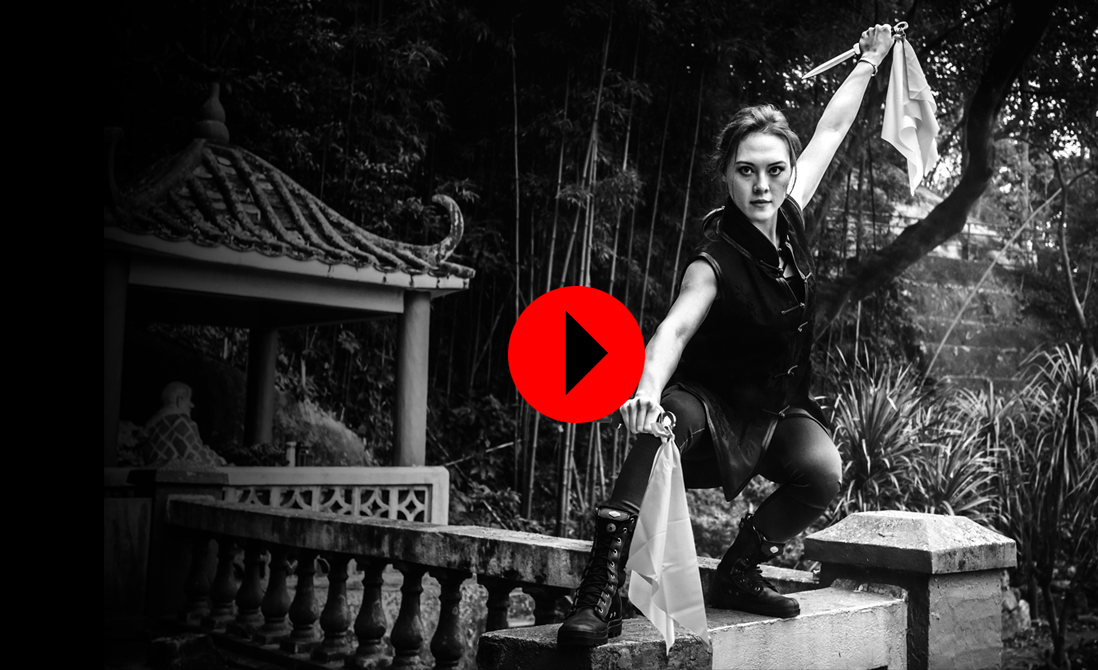 Weapon Training The Hung Gar style can be traced back to the warfare that raged between different factions at the time of the demise of the Shaolin Buddhist temple. As with other traditional Martial Arts, weapon training is a vital part of the repertoire and students must learn to handle each weapon competently and understand the full range of its potential uses in combat. Martial Arts weapons can be categorised in several different ways
1. Military or improvised
2. Bladed or non-bladed
3. Short-range or long-range.
As the name suggests, military weapons were specifically designed to assist in combat (such as swords, daggers and spears) while improvised weapons are basically everyday implements that were snatched up on the spur of the moment for attack or defence. Bladed weapons would have been used to cut, slice or puncture while the non-bladed weapons were for bludgeoning, clubbing or stunning an attacker. The weapon’s range would vary between those that could be used at close-quarter, such as swords, and those that needed to be wielded from a distance, such as the Tiger Fork.